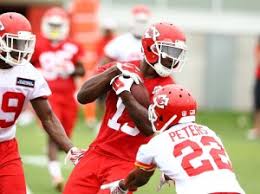 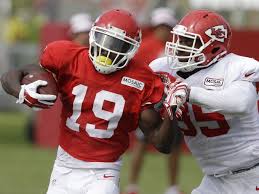 Maclin has started 73 of 75 games in his career, only missing 2 starts in his first season. He’s coming off of a career year in Philly and is not projected to have those kind of numbers for a KC offense that can’t seem to find the end zone at the wide out position…but wait just one minute! Did everyone seem to forget that when Andy Reid took over at KC, one of the first calls he made was to Chris Ault? Yep…that Chris Ault who created the “Pistol Offense”.  He is still employed as a consultant for the Chiefs and still wants that one scat back receiver that will offset Jamaal Charles. He will get a boat-load of touches and will once again increase his catch and yardage totals! Don’t pass on Maclin!!! 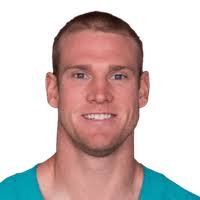 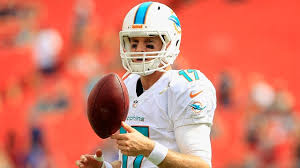 Bill Lazor’s first year as Tannehill’s offensive coordinator was largely a success, as the young QB set career highs in most categories. With good running backs and the addition of Ajayi and a receiving corps of Kenny Stills, Jarvis Landry, DeVante Parker and Jordan Cameron, and Greg Jennings, Tannehill has a chance to increase his No. 9 finish in QB fantasy points and over 4000 yards to a legitimate 5 spot! Last year, Parcells said that he would be the most improved QB in the league and he wasn’t far off. This year, he’s gonna shine like his bosses (Fergie, Venus Williams, Serena Williams, and Gloria Estefan). We will hope his long-ball accuracy improves but training camp has been long ball heaven. 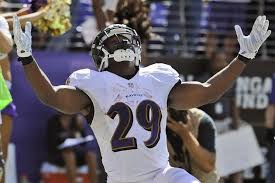 Would somebody please tell me why everyone always overlooks Baltimore’s running backs? This year Forsett is once again projected out of the top 25. Let me guess, the new OC Trestman is known as a pass happy ginslinging type. Well guess who he passes to half of the time….yep, running backs. This means he’s going to hand it off to Forsett, pass it to Forsett…get the point. Since 2008, Harbaugh’s first season with the Ravens, Baltimore has averaged 29.6 rushing attempts per game. Only the Jets have run it more (31.2 attempts per game).Meanwhile all the Raven running backs have accomplished since 2009 are the following numbers: 6th in yards in 2009, 10th in yards in 2010, 2nd in yards and 2nd in TDs in 2011, 9th in yards and 7th in TDs in 2012, ,5th in yards and 4th in TDs in 2014. I’d say that there;s a very good chance that you can pick up a top 5 finisher for cheap in the 1st or second round. 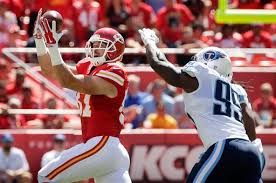 Here’s a name that you all aren’t very familiar with but make no mistake about it, don’t forget him this year. While everyone was talking about Gronk, Graham, Gates, and Thomas, Kelce managed to only finish behind Gronk by 20 yds per game, Graham by 2, Gates he bested by 3 per game, and Thomas he upped by 17 yds per game. You can argue that he only had 5 TDs but he’s coming off his 1st season since micro-fracture surgery and didn’t get the snaps that his teammates did. Don’t think for one second that if I noticed that he managed to catch a whopping 77% of his attempts that Andy Reid and Alex Smith didn’t. Compare that to the 4 previously mentioned of 63%, 69%, 70%, and 72% and you could say he’s arguably got the best hands of any TE out there. He’ll double his TD output this year with more snaps and what’s going to be a ridiculously fast offense spread wide open in the pistol. 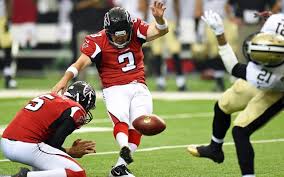 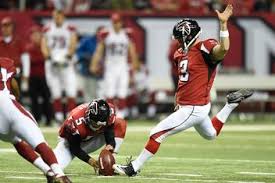 Let’s assume that all kickers are going to make all of their extra points and say that the highest scoring offenses will still most likely be the Patriots, Packers, Eagles, Dallas, and the Colts. What everyone overlooks is the coaches confidence is their kicker’s long-range game and how many times he’ll go for it instead of risk the kick. This starts to separate the men from the boys as the only near-perfect kickers are Gostkowski for the Pats and Vinatieri for the Colts. However, there’s a little secret inside the numbers of a kicker that everyone will overlook and he’s there for the steal and only finished 6 points behind Gost and 1 point behind Vinny. His name is Matt Bryant for Atlanta. While Atlanta averaged 10 less extra point attempts that the highest scoring teams, Bryant has averaged 8.8 fantasy points over the past three years and hasn’t missed from between 40 and 49 yards in the past two years. In fact, last year he led the NFL with 10 attempts of over 50 yards and managed to hit 7 of them! That, my friends, equates to some solid fantasy points. I’ll take a kicker like that working with a strong passing offense in an indoor environment any day.