You are here: Home / Archives for Andre Dillard 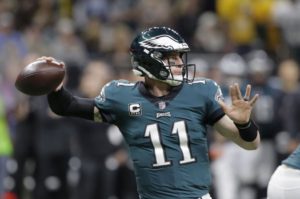 Our voyage through the NFC East continues with a stop in the City of Brotherly Love, as the Philadelphia Eagles gear up for another Super Bowl run. 2018 was an odd bit of business for the Eagles, who after winning their first Super Bowl Championship, endured what can only be described as a hangover, needing a fierce rally over the final few weeks of the campaign just to return to the Playoffs. For the second straight season, their young Franchise … END_OF_DOCUMENT_TOKEN_TO_BE_REPLACED