You are here: Home / Archives for Andre Iguodala 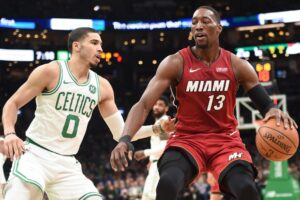 6:30 PM EST, TNT - Line: Celtics -3.5, Over/Under: 220 A pair of teams vying for positioning within the Eastern Conference Standings meet in a crucial matchup, as the Boston Celtics and Miami Heat battle from ESPN Wide World of Sports Complex in Orlando, Florida. Sitting third in the East are the Celtics (44-32, 3rd in Eastern Conference), who with six seeding games to play have apparently risen as high as they can in the hierarchy of the … END_OF_DOCUMENT_TOKEN_TO_BE_REPLACED 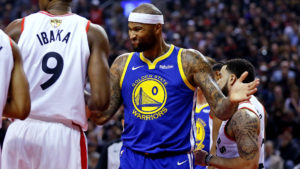 9:00 PM EST, ABC - Line: Warriors -6, Over/Under: 213 As if we didn't the 2019 NBA Finals to get any more interesting, they have as the Golden State Warriors look to turn the tables on the Toronto Raptors in Game Three from ORACLE Arena in Oakland, California. Despite being a considerable underdog in these Finals, you'd be excused for believing that the Raptors (58-24, 2nd in Eastern Conference) have been in control in the early stages of this … END_OF_DOCUMENT_TOKEN_TO_BE_REPLACED 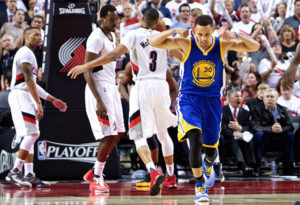 9:00 PM EST, ESPN - Line: Warriors -7.5, Over/Under: 218 It's funny how just one game can change the complexion of a Series, but that is exactly what's happened as the Top-Seeded Golden State Warriors look to take a commanding 2-0 lead over the Third-Seeded Portland Trail Blazers in Game Two of the Western Conference Finals from ORACLE Arena in Oakland, California. After surviving a bonafide war against the Denver Nuggets in the previous Round … END_OF_DOCUMENT_TOKEN_TO_BE_REPLACED

9:30 PM EST, TNT - Line: Rockets -2, Over/Under: 221.5 The most anticipated matchup of these NBA Playoffs rages on, as the Fourth-Seeded Houston Rockets host the Top-Seeded Golden State Warriors in Game Four of the Western Conference Semifinals from Toyota Center in Houston, Texas. After receiving more of a challenge from the Clippers than anyone could have imagined in the previous Round, the Warriors (57-25, 1st in Western Conference) now find … END_OF_DOCUMENT_TOKEN_TO_BE_REPLACED

9:00 PM EST, ABC - Line: Warriors -5.5,  Over/Under: 217.5 They say familiarity breeds contempt, and after game Two of the 2018 NBA Finals there is indeed no love lost between the Golden State Warriors and the Cleveland Cavaliers, as the venue shifts to Quicken Loans Arena in Cleveland, Ohio for Game Three.  As was the case in each of the previous two Finals, the Warriors (58-24, 2nd in Western Conference) began the Series by holding serve on … END_OF_DOCUMENT_TOKEN_TO_BE_REPLACED