You are here: Home / Archives for Andrew Luck 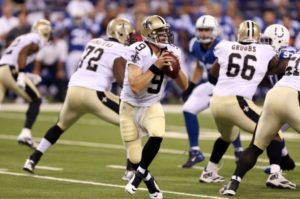 8:15 PM EST, ESPN - Line: Saints -9, Over/Under: 46 A pair of teams traveling full speed in opposite directions meet tonight in the Big Easy as the New Orleans Saints play host to the struggling Indianapolis Colts on Monday Night Football from Mercedes-Benz Superdome, in New Orleans, Louisiana.  Though it took them a good, long minute to get to this point, this is about what we expected from the Colts (6-7, 3rd in AFC South), who after a … END_OF_DOCUMENT_TOKEN_TO_BE_REPLACED 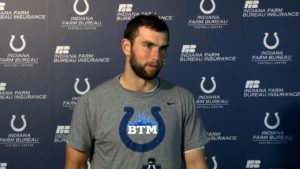 Our 2019 NFL Preview continues it's stroll through the AFC South, with a stop in Indianapolis to check on the Colts, who after experiencing a major rebirth last season, returning to the Playoffs after a three-year hiatus, have just been dealt the most crushing of blows, imperiling their upcoming campaign altogether. That's because before the conclusion of their third Preseason Game, news broke that their Franchise Quarterback, Andrew Luck, was to … END_OF_DOCUMENT_TOKEN_TO_BE_REPLACED 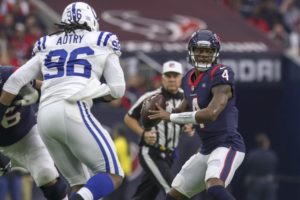 4:35 PM EST, ESPN - Line: Texans -1.5, Over/Under: 48.5 Finally, the Playoffs are here, and what better way to kick things off than with a rubber match between division rivals? That's what's on tap today as the Indianapolis Colts face off against the Houston Texans for the third time this season, from NRG Stadium in Houston, Texas. After a dismal 1-5 start, you'd be hard-pressed to find a team entering the Postseason carrying more momentum … END_OF_DOCUMENT_TOKEN_TO_BE_REPLACED 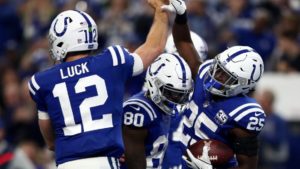 8:20 PM EST, NBC - Line: Colts -3.5, Over/Under: 43.5 The 2018 NFL Regular Season comes to it's conclusion with a bonafide play-in game as the Indianapolis Colts face off against the Tennessee Titans from Nissan Stadium in Nashville, Tennessee, with the victor guaranteed a playoff birth. Rebuilding can be a long, arduous process, but the Colts (9-6, 2nd in AFC South) have successfully done so in relatively short order this season, with an … END_OF_DOCUMENT_TOKEN_TO_BE_REPLACED 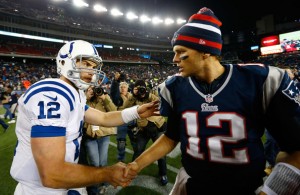 8:20 PM EST, NFL Network - Line: Patriots -10,  Over/Under: 51.5 As we reach the first quarter pole of the 2018 Regular Season, there are still many teams in search of themselves, including tonight's combatants as old rivals renew acquaintances when the struggling Indianapolis Colts travel to Gillette Stadium to face the New England Patriots in Foxboro, Massachusetts.  from the jump, this season was destined to be a Zero Year for the Colts (1-3, … END_OF_DOCUMENT_TOKEN_TO_BE_REPLACED