You are here: Home / Archives for Austin Hooper 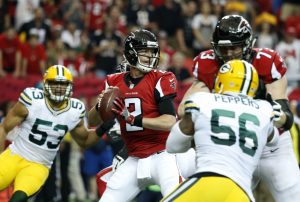 8:30 PM EST, NBC - Line: Falcons -2.5,  Over/Under: 54 A rematch of last year's NFC Championship Game is on tap from the newly minted Mercedes-Benz Stadium, as the Atlanta Falcons open their brand new stadium against the Green Bay Packers in a battle of NFC Favorites.  Of course, the Packers (1-0, 1st in NFC North) would prefer for tonight's contest NOT to end like it did the last time they traveled south to Atlanta, where their season ultimately … END_OF_DOCUMENT_TOKEN_TO_BE_REPLACED 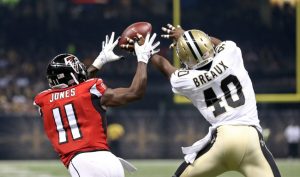 8:30 PM EST, ESPN - Line: Saints -3,  Over/Under: 54 If Monday Night's Presidential Debate isn't your flavor, there is likely to be just as much fireworks at the Louisiana Superdome as the New Orleans Saints host the Atlanta Falcons in an NFC South divisional matchup.  After falling flat in their home opener against the Buccaneers, the Falcons (1-1, 2nd in NFC South) earned their first victory of the season in Oakland last weekend, outlasting … END_OF_DOCUMENT_TOKEN_TO_BE_REPLACED