You are here: Home / Archives for Baker Mayfield 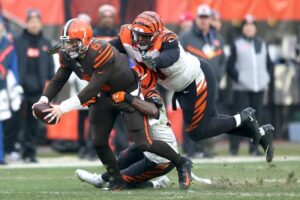 8:20 PM EST, NFL Network - Line: Browns -6, Over/Under: 44 When it comes to their sports, starting over has long been a familiar concept within the state of Ohio, particularly when it comes to football, where the Cincinnati Bengals and Cleveland Browns meet tonight at FirstEnergy Stadium in Cleveland with both teams in search of their first victory of the 2020 Season. Though they return the majority of their Coaching Staff, for the Bengals (0-1, … END_OF_DOCUMENT_TOKEN_TO_BE_REPLACED 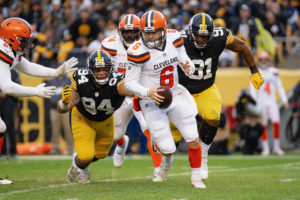 8:20 PM EST, FOX - Line: Browns -2.5, Over/Under: 40 One of the league's most bitter rivalries adds another chapter tot heir history, as the surging Pittsburgh Steelers make the short trip west to face the Cleveland Browns from FirstEnergy Stadium in Cleveland, Ohio. If we had told you before the season began that the Steelers (5-4, 2nd in AFC North) would play the majority of this season without the services of Pro-Bowlers, Antonio Brown, Le … END_OF_DOCUMENT_TOKEN_TO_BE_REPLACED 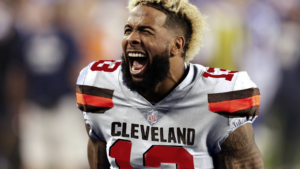 8:15 PM EST, ESPN - Line: 49ers -3.5, Over/Under: 47 Young teams on the rise look to strut their stuff on Monday Night Football as the unbeaten San Francisco 49ers play host to the Cleveland Browns from Levi's Stadium in Santa Clara, California. After an underachieving start to 2019 in which they spent largely taking it on the proverbial chin from a plethora of pundits around the country, the Browns (2-2, 1st in AFC North) responded in a manner … END_OF_DOCUMENT_TOKEN_TO_BE_REPLACED 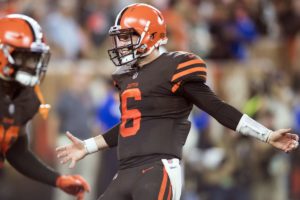 8:20 PM EST, NBC - Line: Rams -3.5, Over/Under: 47 Primetime Football returns to Cleveland, as the Browns play host to the reigning NFC Champions, the Los Angeles Rams, from FirstEnergy Stadium in Cleveland, Ohio, in a meeting between teams fashioning themselves as Super Bowl contenders. Of course, there is no need for the Rams (2-0, T-1st in NFC West) to fashion themselves as contenders, for after advancing all the way to Super Bowl LIII last … END_OF_DOCUMENT_TOKEN_TO_BE_REPLACED 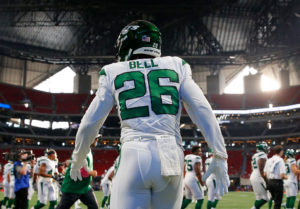 8:15 PM EST, ESPN - Line: Browns -6.5, Over/Under: 45 A pair of new-look teams that disappointed mightily in their respective debuts last week look to avoid an 0-2 start, as the New York Jets play host to the Cleveland Browns from MetLife Stadium. After a whirlwind Offseason highlighted by some huge acquisitions, it's safe to say that no team in the league had more hype behind it coming into the season than the Browns (0-1, T-4th in AFC North). … END_OF_DOCUMENT_TOKEN_TO_BE_REPLACED