You are here: Home / Archives for Brady White 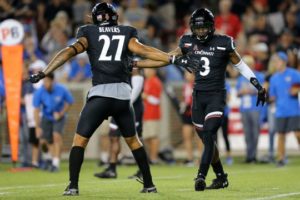 3:30 PM EST - Line: Memphis -11, Over/Under: 57 The unstoppable force meets the immovable object as the No. 19 Cincinnati Bearcats meet the No. 18 Memphis Tigers in a matchup featuring the top two teams in the American Athletic Conference, from Liberty Bowl Memorial Stadium in Memphis, Tennessee.  This could very well be the first of two successive meetings between these teams, as both currently lead their respective Divisions within the … END_OF_DOCUMENT_TOKEN_TO_BE_REPLACED 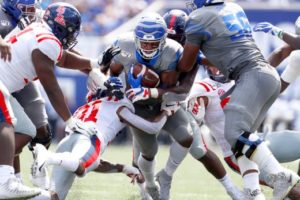 7:30 PM EST, ABC - Line: Memphis 5.5-, Over/Under: 71.5 The American Athletic Conference takes centerstage tonight as the undefeated, No. 15 SMU Mustangs battle division rival, No. 24 Memphis from Liberty Bowl Memorial Stadium in Memphis, Tennessee. Look out world, for 2019 marks the return of Southern Methodist (8-0, 4-0 in AAC), who for the first time in decades has found themselves undefeated and among the nation’s ranked teams. Of course, … END_OF_DOCUMENT_TOKEN_TO_BE_REPLACED