You are here: Home / Archives for Brandon Scherff 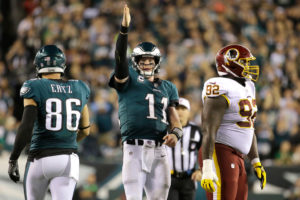 8:15 PM EST, ESPN - Line: Eagles -6,  Over/Under: 45 A crucial NFC East matchup concludes Week Thirteen, as the Philadelphia Eagles host the fading Washington Redskins in a contest featuring a pair of desperate teas trending in opposite directions from Lincoln Financial Field in Philadelphia, Pennsylvania.  2018 began as a surprisingly optimistic season for the Redskins (6-5, 2nd in NFC East), who took advantage of the chaos inflicting their … END_OF_DOCUMENT_TOKEN_TO_BE_REPLACED 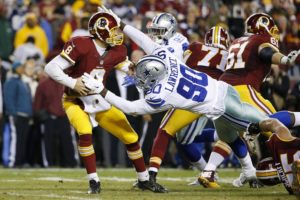 8:25 PM EST, NBC - Line: Cowboys -1.5,  Over/Under: 45.5 Storied rivals look to find a way to salvage their respective seasons while clinging to faint Playoff Hopes, as the reeling Dallas Cowboys host the Washington Redskins at AT&T Stadium in Arlington, Texas.  When these teams met earlier in the campaign, the Redskins (5-6, T-2nd in NFC East) found themselves on the wrong end of a 33-19 affair, in which the home side struggled to get much … END_OF_DOCUMENT_TOKEN_TO_BE_REPLACED 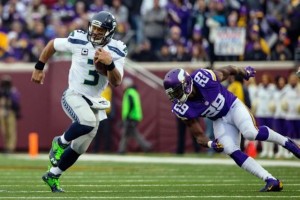 Seattle Seahawks @ Minnesota Vikings 1:00 PM EST, NBC - Line: -4,  Over/Under: 40 Get ready for sub-zero temperatures folks, as the Minnesota Vikings host the Seattle Seahawks in the first of a pair of NFC Wild Card matchups, in the first outdoor postseason contest in Minnesota since 1976.  To give you an idea of just how long that really was, Bud Grant was stalking the sidelines, while Fran Tarkenton was taking snaps under Center.  There was … END_OF_DOCUMENT_TOKEN_TO_BE_REPLACED