You are here: Home / Archives for Brian Gutekunst 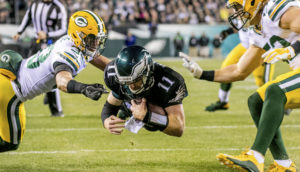 8:20 PM EST, NFL Network - Line: Packers -4.5, Over/Under: 45.5 Roles have been reversed in the early stages of the season, as the struggling Philadelphia Eagles travel to Lambeau Field to battle the undefeated Green Bay Packers on a short week for both teams. For the second consecutive season, the Eagles (1-2, 2nd in NFC East) have stumbled out of the gate, dropping each of their last two outings following their victory in the Season Opener, … END_OF_DOCUMENT_TOKEN_TO_BE_REPLACED 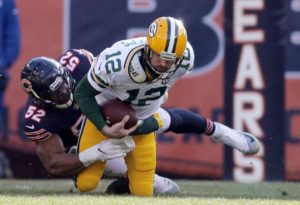 8:20 PM EST, NBC - Line: Bears -3, Over/Under: 46 What better way to kick off the 100th season in NFL History than with it's longest standing rivalry? That's precisely what we'll be getting as the Chicago Bears play host to the new-look Green Bay Packers from Soldier Field in Chicago, Illinois. For just the second time in this millennium, the Packers (6-9-1, 3rd in NFC North) are coming off consecutive campaigns in which they failed to make … END_OF_DOCUMENT_TOKEN_TO_BE_REPLACED 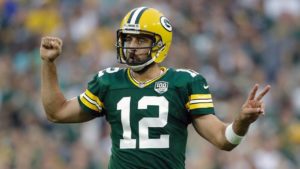 We continue our sweep through the NFC North, as our 2019 NFL Preview brings us to the (not quite yet) frozen tundra of Lambeau Field where the Green Bay Packers look to avoid missing the Playoffs for the first time since 1992. For a franchise in that has long been one of the league's most stable, Green Bay underwent a great deal of change this past Offseason, most notably parting ways with Mike McCarthy, wo had been with the club for the previous … END_OF_DOCUMENT_TOKEN_TO_BE_REPLACED 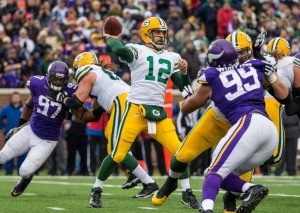 Our 2018 Regular Season Preview takes us to the (not yet) frozen tundra of Lambeau Field, where the Green Bay Packers are rebuilding on the fly, looking to turn the tide after missing the Playoffs for the first time since 2008.  By far and away one of the most consistent franchises in the league, the Packers had been a fixture in the Playoffs for a decade, though a rash of injuries ravaged their roster in a number of key areas, most notably at the … END_OF_DOCUMENT_TOKEN_TO_BE_REPLACED