You are here: Home / Archives for Daniel Snyder 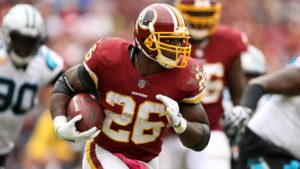 We wrap up our trip through the NFC East with a stop in our nation's capital, as the Washington Redskins continue to tread the fine line between retooling and rebuilding in an effort to return to the Playoffs for the first time since 2015. The 2018 Campaign could've been divided into two distinct halves: before and after Alex Smith suffered a gruesome season-ending broken leg, which will coincidentally also sideline him for the entirety of the … END_OF_DOCUMENT_TOKEN_TO_BE_REPLACED