You are here: Home / Archives for Deshaun Davis 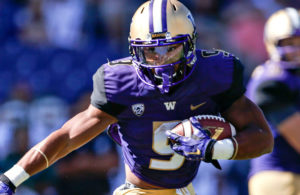 3:30 PM EST, ABC - Line: Auburn -2,  Over/Under: 49 A Top-Ten Clash highlights a spectacular Opening Weekend of College Football, as the Sixth-Ranked Washington Huskies battle the Ninth-Ranked Auburn Tigers at Mercedes-Benz Stadium in Atlanta, in a clash that is likely to have major repercussions on the College Football Playoff even at this early juncture.  All things considered, this is a game of immense importance for not just Washington (10-3, … END_OF_DOCUMENT_TOKEN_TO_BE_REPLACED