You are here: Home / Archives for DeShawn Shead 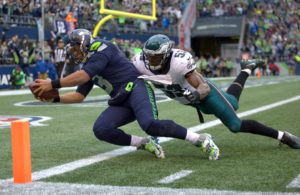 8:30 PM EST, NBC - Line: Eagles -5.5,  Over/Under: 47.5 Entering December, the race for the Playoffs is heating up as the red-hot Philadelphia Eagles look to extend their winning streak to ten games as they travel to the Pacific Northwest to face the wounded Seattle Seahawks, who are in contention for one of the Wild Cards in the NFC.  Winners of nine consecutive contests, the Eagles (10-1, 1st in NFC East) enter the final quarter of the campaign … END_OF_DOCUMENT_TOKEN_TO_BE_REPLACED 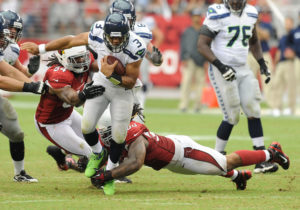 8:25 PM EST, NBC - Line: Seahawks -6,  Over/Under: 41.5 NFC West Rivals clash tonight in the Desert, as the Arizona Cardinals host the Seattle Seahawks from University of Phoenix Stadium, in a matchup featuring a pair of teams trying to climb back into the division race.  As it currently stands, the Seahawks (5-3, 2nd in NFC West) don't have a ton of ground to make up, as they only trail the Los Angeles Rams by one game in the NFC West, but there … END_OF_DOCUMENT_TOKEN_TO_BE_REPLACED