You are here: Home / Archives for Division Championship 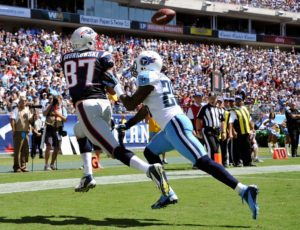 8:15 PM EST, CBS - Line: Patriots -13.5,  Over/Under: 48 It's a case of the Eternal Empire batting the Young Upstarts in the second entry in this Division Round Weekend, as the Top-Seeded New England Patriots host the surprising Tennessee Titans from Gillette Stadium, in Foxborough, Massachusetts,  in a matchup that many are describing as one-sided as they come.  After a 9-Year Drought, the Titans (9-7, 2nd in AFC South) have returned to the … END_OF_DOCUMENT_TOKEN_TO_BE_REPLACED 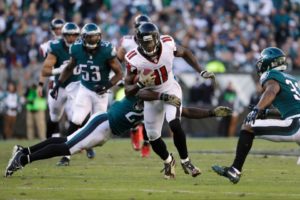 4:35 PM EST, NBC - Line: Falcons -3,  Over/Under: 41.5 What is commonly referred to as the best weekend in football kicks off today in the City of Brotherly Love, as the Top-Seeded Philadelphia Eagles host the reigning NFC Champion Atlanta Falcons from Lincoln Financial Field, in a matchup of teams that have entered the Playoffs on two very different courses.  Look out folks, but the Falcons (10-6, 3rd in NFC South) may indeed be coming full … END_OF_DOCUMENT_TOKEN_TO_BE_REPLACED