You are here: Home / Archives for Eastern Conference Semifinals 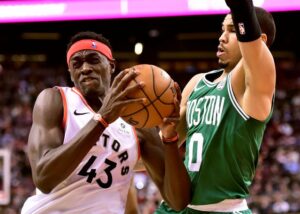 6:30 PM EST, ESPN - Line: Raptors -2, Over/Under: 216.5 With two weeks of action in the books, the NBA Playoffs rage on into the Second Round stage as the Third-Seeded Boston Celtics face off against the Second-Seeded Toronto Raptors in Game One of the Eastern Semifinals from ESPN Wide World of Sports Complex in Lake Buena Vista, Florida. For the fourth consecutive Postseason, the Celtics (48-24, 3rd in Eastern Conference) have successfully … END_OF_DOCUMENT_TOKEN_TO_BE_REPLACED 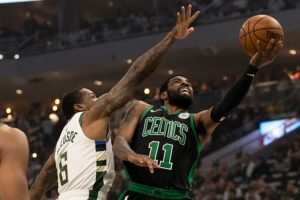 8:00 PM EST, TNT - Line: Bucks -9, Over/Under: 218.5 Pushed to the brink of elimination, the Fourth-Seeded Boston Celtics look to keep their campaign alive as they travel to Milwaukee to face the Top-Seeded Bucks in Game Five of this Eastern Conference Semifinal from Fiserv Forum. The longer this particular Series goes, the more and more apparent it becomes that the Celtics' (49-33, 4th in Eastern Conference) impressive 112-90 victory on the … END_OF_DOCUMENT_TOKEN_TO_BE_REPLACED 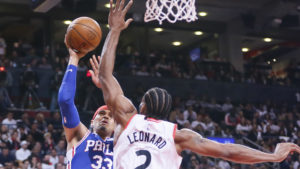 8:00 PM EST, TNT - Line: Raptors -6, Over/Under: 211 With this Series squared away at two games apiece, the Eastern Conference Finals shift back to north of the border as the Second-Seeded Toronto Raptors host the Third-Seeded Philadelphia 76ers in a pivotal Game Five from Scotiabank Arena in Toronto, Ontario. The say that a Series never quite begins until one team manages to taste victory on the other's home floor, and if that's the case, this … END_OF_DOCUMENT_TOKEN_TO_BE_REPLACED 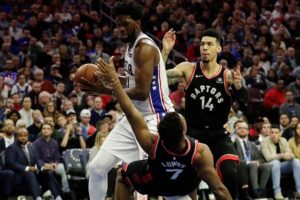 8:00 PM EST, ESPN - Line: Raptors -1.5, Over/Under: 217 With two games in the books, this matchup between the Second-Seeded Toronto Raptors and the Third-Seeded Philadelphia 76ers is beginning to live up to it's billing, as the Eastern Conference Semifinals transitions to Wells Fargo Center in Philadelphia, Pennsylvania for Game Three. After dropping their customary Opener in their First Round meeting with the upstart Orlando Magic, the Raptors … END_OF_DOCUMENT_TOKEN_TO_BE_REPLACED 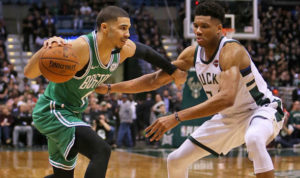 8:00 PM EST, TNT - Line: Bucks -7.5, Over/Under: 220 With the First Round now in the rearview mirror, the Playoffs are heating up as the top-seeded Milwaukee Bucks are on the defensive against the Fourth-Seeded Boston Celtics, who look to take a commanding 2-0 lead in Game Two of the Eastern Conference Semifinals from Fiserv Forum in Milwaukee, Wisconsin. After a relatively uneven Regular Season in which they ultimately failed to reach the … END_OF_DOCUMENT_TOKEN_TO_BE_REPLACED