You are here: Home / Archives for Garrett Bradbury 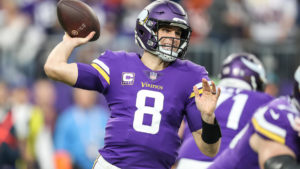 Our voyage through the NFC North comes to a close as our 2019 NFL Preview brings us to Minnesota, where the Vikings attempt to reroute themselves after last year's campaign ended well short of lofty expectations. After reaching the 2017 NFC Championship Game, Minnesota felt that they were simply one piece away from getting to their first Super Bowl since 1976, taking a major gamble at Quarterback, signing Kirk Cousins in Free Agency. While the … END_OF_DOCUMENT_TOKEN_TO_BE_REPLACED