You are here: Home / Archives for Goergia Dome 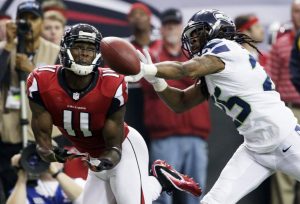 4:35 PM EST, FOX - Line: Falcons -5,  Over/Under: 51 After a Wild Card Weekend littered with blowouts, expect things to tighten up in the Divisional Round as the Seattle Seahawks and Atlanta Falcons kick things off Saturday Evening at the Georgia Dome.  For the third time in four years, the Seahawks (10-5-1, 1st in NFC West) won the NFC West, and for the fifth consecutive season, Pete Carroll's charges have won a Playoff Game, which is the … END_OF_DOCUMENT_TOKEN_TO_BE_REPLACED