You are here: Home / Archives for Gregg Popovich 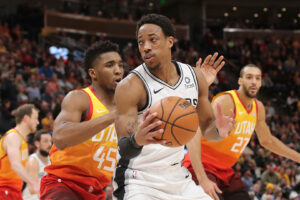 6:30 PM EST, TNT - Line: Spurs -8, Over/Under: 232 With only one spot left in the Playoffs to be decided, tonight's meeting between the San Antonio Spurs and Utah Jazz will go a long way towards influencing the fate of the former, while the latter will most likely sit back and rest comfortably knowing that their path has been set in this Regular Season Finale from ESPN Wide World of Sports Complex in Orlando, Florida. It all comes down to this … END_OF_DOCUMENT_TOKEN_TO_BE_REPLACED 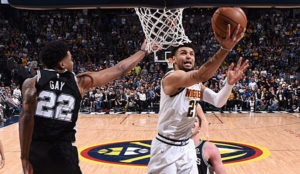 9:30 PM EST, NBA TV - Line: Nuggets -5.5, Over/Under: 211.5 After four games, we're all squared away at two games apiece as the Denver Nuggets host the San Antonio Spurs for what figures to be a crucial Game Five of their First Round Series from Pepsi Center in Denver, Colorado. Given their lengthy Postseason Pedigree, is it of any surprise that the Spurs (48-34, 7th in Western Conference) would be the lone lower-seeded team in the stacked … END_OF_DOCUMENT_TOKEN_TO_BE_REPLACED 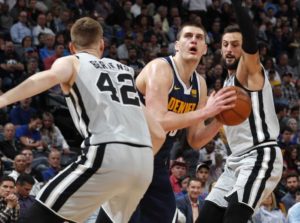 9:00 PM EST, NBA TV - Line: Spurs -4, Over/Under: 209.5 After an upset in the Opener was followed by a major rally in Game Two, what will Game Three have in store for the Denver Nuggets and San Antonio Spurs as their First Round Series shifts to AT&T Center in San Antonio, Texas? One of the most surprising teams in the league this season, the Second-Seeded Nuggets (54-28, 2nd in Western Conference) have exhibited substantial growth in … END_OF_DOCUMENT_TOKEN_TO_BE_REPLACED 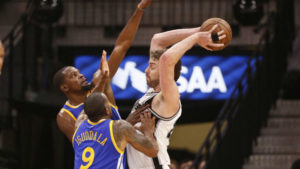 10:30 PM EST, TNT - Line: Warriors -9.5,  Over/Under: 205.5 With Game One now in the books, you'd be hard-pressed to imagine that the Golden State Warriors and the San Antonio Spurs ever met in last year's Western Conference Finals, but then again, these are far from the same two teams competing in Game Two of the First Round of the Playoffs from ORACLE Arena in Oakland, California.  Typically, this series would be must-see basketball, but thanks … END_OF_DOCUMENT_TOKEN_TO_BE_REPLACED 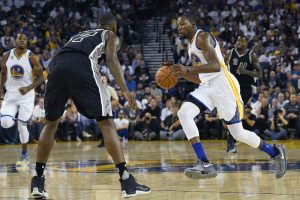 9:00 PM EST, ESPN - Line: Warriors -12.5,  Over/Under: 216.5 On the precipice of the NBA Finals, one team stands ready for their long-awaited chance at sweet retribution, while the other will very likely be cursing the Basketballs Gods for their misfortune, as the San Antonio Spurs host the Golden State Warriors in Game Four of the Western Conference Finals.  For the Warriors (67-15, 1st in Western Conference), they now find themselves one game … END_OF_DOCUMENT_TOKEN_TO_BE_REPLACED