You are here: Home / Archives for James Quick 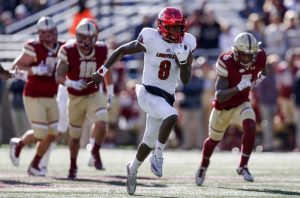 8:00 PM EST, ESPN - Line: Louisville -15,  Over/Under: 69 After a wild and crazy Saturday of College Football that saw three of the Top-Four Teams fall in defeat, a pivotal matchup set before the weekend is served as the Fifth-Ranked Louisville Cardinals travel to Houston to face the once promising Cougars.  Indeed, Louisville (9-1, 7-1 in ACC) couldn't have asked for a better predicament, as complete and unbridled chaos swept through the top … END_OF_DOCUMENT_TOKEN_TO_BE_REPLACED 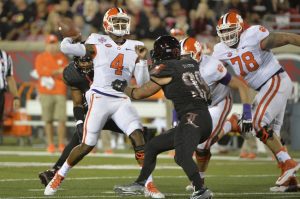 8:00 PM EST, ABC - Line: Louisville -2,  Over/Under: 68 A primetime clash of top-five teams featuring what many would describe as the top two front-runners for the Heisman takes place tonight at Memorial Stadium in Clemson, South Carolina, as the fifth-ranked Tigers host the third-ranked Louisville Cardinals.  Few teams have been as impressive in the early stages of this season as Louisville (4-0, T-1st in ACC Atlantic), who on the strength of … END_OF_DOCUMENT_TOKEN_TO_BE_REPLACED 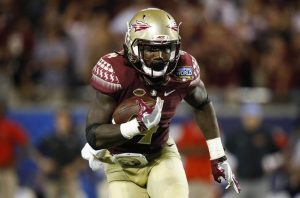