You are here: Home / Archives for JD Davis 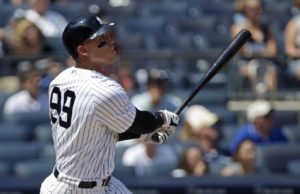 6:30 PM EST, ESPN - Money Line: Yankees -167,  Run Line: 8u21 A midweek clash of contenders takes centerstage in the Bronx as the New York Yankees host the reigning World Series Champion Houston Astros in a 4-Game Series from Yankee Stadium which just happens to be a repeat of last year's American League Championship Series.  When these teams met in last October, it was a thrilling epic in which the Astros (35-20, 1st in AL West) rallied back … END_OF_DOCUMENT_TOKEN_TO_BE_REPLACED