You are here: Home / Archives for Jeff Samardizja 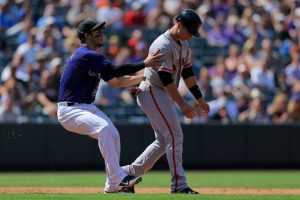 10:00 PM EST, ESPN - Money Line: Giants -133,  Run Line: 7.5 u 15 Division Rivals at opposite ends of the spectrum clash tonight at AT&T Park in San Francisco, as the struggling Giants host the Colorado Rockies in the first of a three-game series by the Bay.  One of the pleasant surprises of the season thus far, the Rockies (47-31, 3rd in NL West) have earned the odd distinction of owning the third-best record in the National League, though … END_OF_DOCUMENT_TOKEN_TO_BE_REPLACED 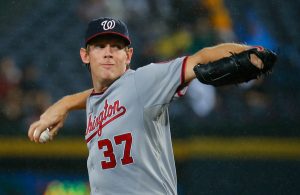 &;05 PM EST, MASN - Money Line: Washington -235,  Run Line: 8 With the dust from the Trade Deadline having settled and both teams having bolstered their respective rosters, the San Francisco Giants and Washington Nationals meet in a matchup of division leaders.  With that said, when this three-game series is all said an done, it's very likely that only ONE of these teams will carry that distinction.  Simply put, life has been rather hard … END_OF_DOCUMENT_TOKEN_TO_BE_REPLACED