You are here: Home / Archives for Jimmy Smith 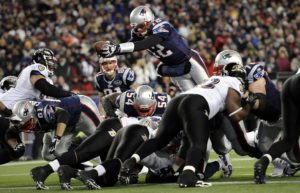 8:20 PM EST, NBC - Line: Patriots -3, Over/Under: 44.5 AFC powerhouses meet in a potential Playoff Preview as the reigning Super Bowl Champions, New England Patriots, take their undefeated act on the road to battle the Baltimore Ravens from M&T Bank in Baltimore, Maryland. After eight weeks of besting a who's who of the league's worst teams, the Patriots (8-0, 1st in AFC East) will finally receive a considerable boost in competition, … END_OF_DOCUMENT_TOKEN_TO_BE_REPLACED 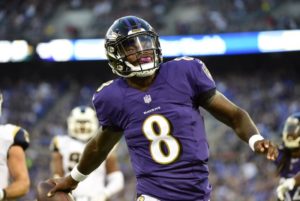 Our 2019 NFL Preview takes us to the AFC North, where the Baltimore Ravens look to build upon their first Division Title since 2012, which was coincidentally when they last tasted Super Bowl glory. After a three-year hiatus from the Playoffs, Baltimore reaped the benefits of making a bold and crucial decision during the middle of the campaign: turning over the reigns of the franchise to Rookie Quarterback, Lamar Jackson. The First Round Pick did not … END_OF_DOCUMENT_TOKEN_TO_BE_REPLACED 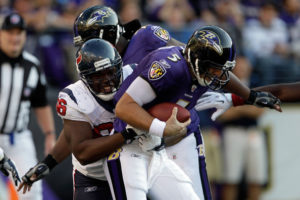 Our 2018 Regular Season Preview heads to Baltimore where the Ravens look to be at the end of a cycle, searching for one last shot at Postseason Glory, which is something that they haven't tasted since 2014.  After missing the Playoffs in each of the last three consecutive years, this feels like a team that is entering a transitional phase; former Super Bowl MVP Joe Flacco has finally entered the final year of his massive contract, while the team … END_OF_DOCUMENT_TOKEN_TO_BE_REPLACED 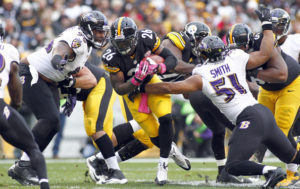 8:30 PM EST, NBC - Line: Steelers -4.5,  Over/Under: 44 Something has to got to give as the red-hot Pittsburgh Steelers host the surging Baltimore Ravens in the second leg of their annual meeting, with plenty of Playoff Implications in this, one of the NFL's most bitter rivalries.  The Bye Week sure turned out to be a godsend for the Ravens (7-5, 2nd in AFC North), who ever since that period of rest have looked revitalized, winning three … END_OF_DOCUMENT_TOKEN_TO_BE_REPLACED