You are here: Home / Archives for JJ Watt 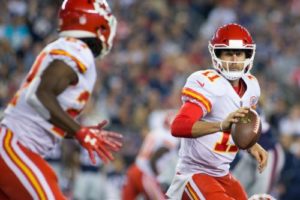 8:30 PM EST, NBC - Line: Chiefs -1,  Over/Under: 45 The hottest team in the league looks to remain unbeaten as the Kansas City Chiefs bring their unblemished record into NRG Stadium to battle the Houston Texans in a meeting of division leaders.  With four weeks in the books, the Chiefs (4-0, 1st in AFC West) are the only team in the league that can boast having a perfect record, despite somehow perpetually flying under the radar.  But then again, … END_OF_DOCUMENT_TOKEN_TO_BE_REPLACED 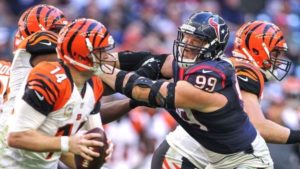 8:30 PM EST, NFL Network - Line: Bengals -5.5,  Over/Under: 38 A pair of teams looking to rebound from miserable performances in their respective Openers clash tonight on a short week at Paul Brown Stadium in Cincinnati, Ohio, as the Bengals host the Houston Texans on Thursday Night Football.  If there has been one problem that has persistently afflicted the Texans (0-1, 4th in AFC South) throughout the Bill O'Brien Era, it's the Quarterback … END_OF_DOCUMENT_TOKEN_TO_BE_REPLACED 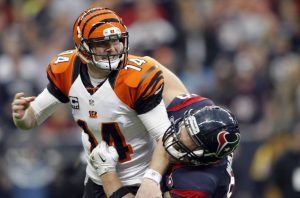 8:25 PM EST, NFL Network - Line: Texans -1,  Over/Under: 42 A matchup that has played host to a number of Playoff Games is now something very different, as the Cincinnati Bengals travel to Reliant Stadium to face the Houston Texans with only the role of spoiler left to play.  After five consecutive trips to the Postseason, the Bengals (5-8-1, 3rd in AFC North) will not be making a sixth such trip in 2016, as they come to the penultimate chapter … END_OF_DOCUMENT_TOKEN_TO_BE_REPLACED