You are here: Home / Archives for Joel Stave 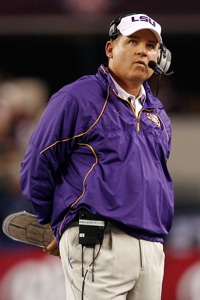 One of the few matchups today featuring a pair of Top-25 teams captures the primetime audience as the fourteenth-ranked Wisconsin Badgers face off against the thirteenth-ranked LSU Tigers at Houston's Reliant Stadium.  Both of these teams have had to shuffle the deck under center, but nonetheless expect to be in the mix for College Football's first-ever National Playoff.  The Badgers finished last season 9-4, but capped off their campaign with a … END_OF_DOCUMENT_TOKEN_TO_BE_REPLACED