You are here: Home / Archives for Josh Smith 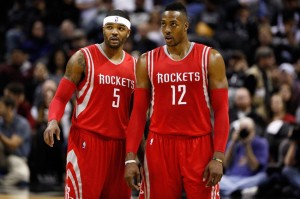 7:00 PM EST, ESPN - Line: Houston -4 A pair of contenders going through some hard times meet tonight in Cleveland as the Cavaliers host the Houston Rockets in what would have likely been billed as a potential Finals preview two months ago.  After a stretch in which they won nine out of twelve games, the Rockets (23-11, Third in Southwest) have since stumbled of late, dropping four out of their last six outings.  Their fortunes turned Monday Night … END_OF_DOCUMENT_TOKEN_TO_BE_REPLACED