You are here: Home / Archives for Josh Tomlin 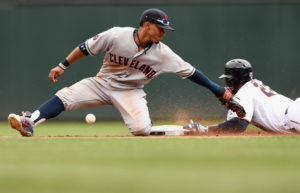 7:00 PM EST, ESPN - Money Line: Red Sox -117,  Run Line: 10.5 under 15 A pair of teams that have been traveling in different directions since the All-Star Break meet tonight for a rematch of last year's American League Division Series, as the struggling Boston Red Sox host the torrid Cleveland Indians in the first meeting of a three-game set from Fenway Park.  Despite falling in Walk-Off fashion last night against the Chicago White Sox, the … END_OF_DOCUMENT_TOKEN_TO_BE_REPLACED 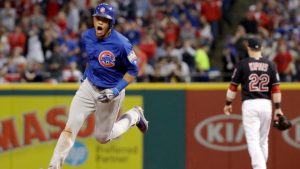 8:05 PM EST, FOX - Money Line: Cubs -120,  Run Line: 6.5 It all comes down to this folks, as the 2016 World Series will come to it's history-making conclusion as the Cleveland Indians host the Chicago Cubs in what is just the eleventh Game Seven since 1980.  For the second time in three nights the Cubs (103-68, 1st in NL Central) managed to stave off elimination, as their powerful Lineup continued their reawakening as they jumped on the … END_OF_DOCUMENT_TOKEN_TO_BE_REPLACED 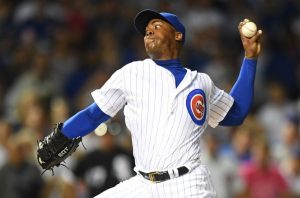 8:05 PM EST, FOX - Money Line: Cubs -141,  Run Line: 7 Five grueling games into the 2016 World Series, and one team stands on the precipice of breaking one of the longest championship droughts in sports, while another faces the dreaded prospect of prolonging it for yet another year as the Cleveland Indians host the Chicago Cubs in Game Six from Jacobs Field.  For the second consecutive contest, the Cubs (103-58, 1st in NL Central) face … END_OF_DOCUMENT_TOKEN_TO_BE_REPLACED