You are here: Home / Archives for Justin Anderson 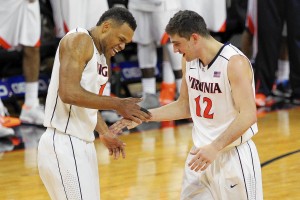 7:00 PM EST, ESPN - Line: Vriginia -7.0 It's sure to be a defensive clash between ACC foes in Charlottesville tonight, as the third-ranked Virginia Cavaliers host the ninth-ranked Louisville Cardinals in a meeting of top-ten teams.  After a 63-52 loss to Duke that wasn't nearly as close as the final score would indicate, Louisville (19-3, 7-2 in ACC) has rallied to win four consecutive contests, as they continue to round into shape as we head … END_OF_DOCUMENT_TOKEN_TO_BE_REPLACED