You are here: Home / Archives for Levi’s Stadium 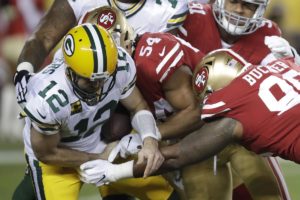 6:40 PM EST, FOX - Line: 49ers -7.5, Over/Under: 45 While the AFC has been the far more chaotic side of the bracket, the NFC has played out as chalk for the most part, as the No. One Seed, San Francisco 49ers, host the No. Two, Green Bay Packers, in the NFC Championship Game from Levi's Stadium in Santa Clara, California. After missing the Playoffs in back-to-back seasons for just the third time since 1993, the Packers (13-3, 1st in NFC North) … END_OF_DOCUMENT_TOKEN_TO_BE_REPLACED 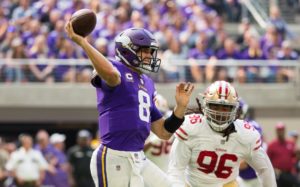 4:35 PM EST, NBC - Line: 49ers -6.5, Over/Under: 44.5 After an unpredictable Wild Card Weekend littered with surprises, we move on to the Division Round as the NFC's No. One Seed, the San Francisco 49ers, play host to the Minnesota Vikings, fresh off their triumph last Sunday, from Levi's Stadium in Santa Clara, California. Indeed, the Vikings (10-6, 2nd in NFC North) upset many a Playoff Bracket last weekend, with their 26-20 upset of the New … END_OF_DOCUMENT_TOKEN_TO_BE_REPLACED 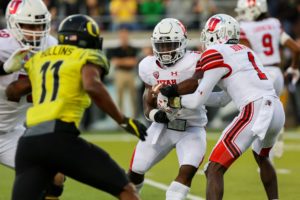 8:00 PM EST, ABC - Line: Utah -6, Over/Under: 47.5 College Football Playoff implications is on hand as the No. 5 Utah Utes look to punch their ticket to the big dance tonight as they meet the No. 13 Oregon Ducks in the Pac-12 Championship Game from Levi’s Stadium in Santa Clara, California.  Two weeks ago, it was Oregon (10-2, 8-1 in Pac-12) that was in the position of possibly advancing to the Playoff, ranked Sixth Overall in the Rankings, with … END_OF_DOCUMENT_TOKEN_TO_BE_REPLACED 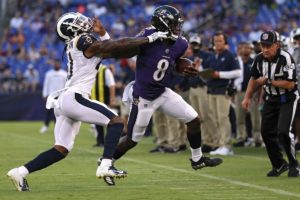 1:00 PM EST, FOX - Line: Ravens -6, Over/Under: 46.5 A potential Super Bowl Preview is on tap as the two hottest teams in the league meet with the surging Baltimore Ravens playing host to the revitalized San Francisco 49ers, from M&T Bank Stadium in Baltimore, Maryland.  Any concerns over the staying power of the 49ers (10-1, 1st in NFC West) following their first defeat of the season, a thrilling 24-27 affair against the Seattle Seahawks on … END_OF_DOCUMENT_TOKEN_TO_BE_REPLACED 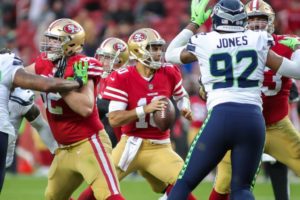 8:15 PM EST, ESPN - Line: 49ers -6, Over/Under: 46 A Monday Night Showdown between bitter division rivals is on tap tonight as the league's lone remaining undefeated, the San Francisco 49ers, play host to the surging Seattle Seahawks, from Levi's Stadium in Santa Clara, California. While their opponent tonight has received a wealth of attention (and rightfully so), breathing down their neck are the Seahawks (7-2, 2nd in NFC West), who are off … END_OF_DOCUMENT_TOKEN_TO_BE_REPLACED