You are here: Home / Archives for Malcolm Butler 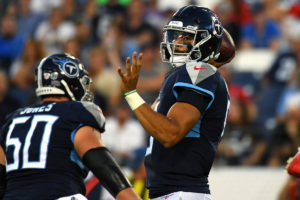 We conclude our voyage through the AFC South with the Tennessee Titans, who look to build upon their first year under the Mike Vrabel Regime, in which they narrowly missed the Playoffs. In his first season as Head Coach, Vrabel oversaw a team that was certainly solid on both sides of the football, but ultimately lacked the playmakers to truly contend for a championship. In many ways, Tennessee is at a crossroads, with Vrabel and General Manager, Jon … END_OF_DOCUMENT_TOKEN_TO_BE_REPLACED 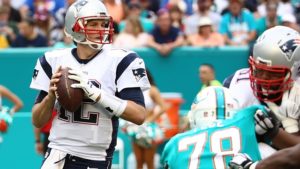 Our 2018 Regular Season Preview rolls along as we head back up north to check in on the New England Patriots, who will be looking to erase the failure of last year's defeat in Super Bowl LII.  Everything was set for New England to hoist their Sixth Lombardi Trophy in Seventeen Years, what with an MVP Quarterback defying Father Time leading the charge against a team that was starting a Backup Quarterback on the grandest of stages.  It was a classic … END_OF_DOCUMENT_TOKEN_TO_BE_REPLACED 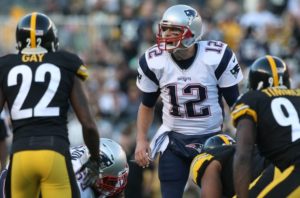 4:25 PM EST, CBS - Line: Patriots -3 ,  Over/Under: 54.5 A titanic clash featuring major Playoff Implications takes place today from Heinz Field, as the surging Pittsburgh Steelers host the reigning Super Bowl Champion New England Patriots in a matchup that will for all intents and purposes decide the No. One Seed in the AFC, thus granting the victor home field advantage throughout the Playoffs.  Up until last Monday Night, the Patriots (10-3, … END_OF_DOCUMENT_TOKEN_TO_BE_REPLACED