You are here: Home / Archives for Monta Ellis 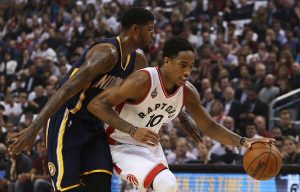 7:00 PM EST, NBA TV - Line: Toronto -7,  Over/Under: 194 Saturday's kickoff to the Playoffs provided an early surprise as the Indiana Pacers pulled the only upset of the day, knocking off the Toronto Raptors in Game One of their First Round series.  After an injury ravaged 2014-2015 campaign which saw them miss the postseason altogether for the first time since 2010, the Pacers (45-37, 2nd in Central Division) underwent a dramatic makeover to … END_OF_DOCUMENT_TOKEN_TO_BE_REPLACED 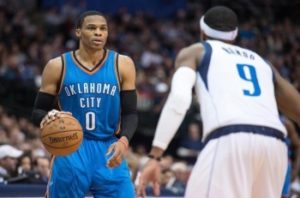 8:00 PM EST, TNT -  Line: Oklahoma City -5.0 As the Trade Deadline approaches, and the race for the Playoffs heats up, the Oklahoma City Thunder kick off the second half of the NBA Regular Season at home against the Dallas Mavericks.  Both teams have been the subject of numerous comings and goings, of both the potential and actual varieties as they continue to load up on reinforcements for yet another marathon run through the Western Conference. … END_OF_DOCUMENT_TOKEN_TO_BE_REPLACED 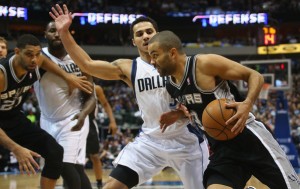 8:00 PM EST, TNT - Line: San Antonio -4 One of the longer standing rivalries in the NBA continues tonight in the season opener, as the defending champion San Antonio Spurs play host to their neighbors to the north, the Dallas Mavericks, at AT@T Center in a rematch of last year's First Round Playoff Series.  During their run to their fifth NBA Title since 1999, the top-seeded Spurs found the most resistance against the eighth-seeded Mavericks, who … END_OF_DOCUMENT_TOKEN_TO_BE_REPLACED