You are here: Home / Archives for Murray State Racers 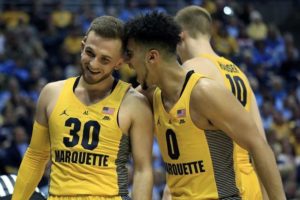 4:30 PM EST, TBS - Line: Marquette -4, Over/Under: 149.5 With the First Four out of the way, the NCAA Tournament proper kicks off with one of those signature 5/12 matchups that appears ripe for an upset, as the Fifth Seed Marquette Golden Eagles battle the Twelfth Seed Murray State Racers at XL Center in Hartford, Connecticut. For the second consecutive year, Murray State (27-4, 16-2 in OVC) enters the NCAA Tournament as both the Ohio Valley … END_OF_DOCUMENT_TOKEN_TO_BE_REPLACED