You are here: Home / Archives for National League Championship Series 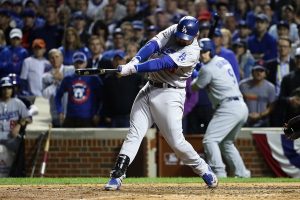 8:00 PM EST, FS1 - Money Line: Cubs -122,  Run Line: 6.5 After a pitching gem in Game Two, the National League Championship Series shifts to the City of Angels, as the Los Angeles Dodgers host the Chicago Cubs in a pivotal matchup at Dodger Stadium.  On the precipice of advancing to their first World Series since 1945, the Cubs (103-58, 1st in NL Central) look to get back on track after leaving Wrigley Field with a series split.  On the heels … END_OF_DOCUMENT_TOKEN_TO_BE_REPLACED 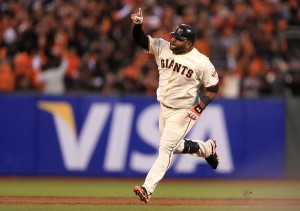 8:07 PM EST, FOX - Line: San Francisco -153 With four games of the National League Championship Series in the books, the end could very well be upon us as the San Francisco Giants look to eliminate the St. Louis Cardinals game five, bear by advancing to their third World Series since 2010. After splitting the first two games at Busch Stadium, the Giants (88-74) have remainsd one step ahead of their opponent since returning to AT&T Park; Bruce … END_OF_DOCUMENT_TOKEN_TO_BE_REPLACED 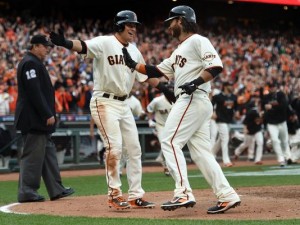 8:07 PM EST, FOX - Line: San Francisco -116 With the National League Championship Series now in San Francisco, the Giants have the opportunity to put their collective boots on the necks of the St. Louis Cardinals, whom they lead 2-1 after three games. Arguably the most experienced team left in this postseason, the Giants (88-74), who backed into the Playoffs as losers of nine of their last fifteen outings to end the Regular Season, have … END_OF_DOCUMENT_TOKEN_TO_BE_REPLACED