You are here: Home / Archives for New York Yankees 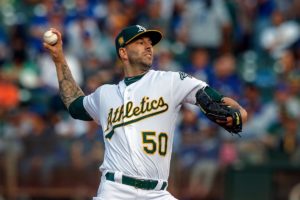 10:00 PM EST, ESPN - Line: Athletics -113, Over/Under: 9.5 Two teams from opposite coasts with opposing destinies meet tonight in the Bay Area, as the Oakland Athletics play host to the New York Yankees in the second leg of a three-game series from the Oakland Coliseum, in Oakland, California. If we had told you that the Yankees (83-43, 1st in AL East) would have put together the best record in the American League despite playing the majority … END_OF_DOCUMENT_TOKEN_TO_BE_REPLACED

7:10 PM EST, MLB Network - Line: Yankees -122, Over/Under: 11 Baseball's most storied rivalry is renewed once again, as the New York Yankees and Boston Red Sox meet for the first installment of a crucial Four-Game Series from Fenway Park. For the Yankees (66-35, 1st in AL East), this Series represents an opportunity to formally wrap up the American League East, for after Wednesday's 9-7 victory over the Minnesota Twins, find themselves a … END_OF_DOCUMENT_TOKEN_TO_BE_REPLACED 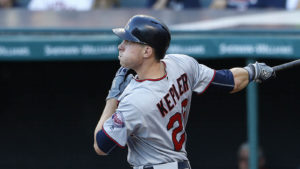 8:10 PM EST - Line: Yankees -109, Over/Under: 10.5 A potential Playoff Preview is on tap in Minneapolis, as the surging New York Yankees face off against the fading Minnesota Twins in a battle of Division Leaders from Target Field. You'd be hard-pressed to find a team in the American League that's been hotter of late than the Yankees (64-33, 1st in A East), who have gone a stellar 25-6 since June 15th. As a result, they've vaulted up the … END_OF_DOCUMENT_TOKEN_TO_BE_REPLACED 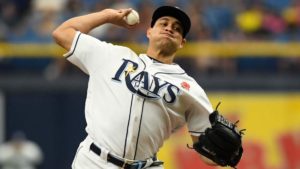 7:00 PM EST, ESPN - Line: Yankees -156, Over/Under: 10 Division Rivals clash tonight in the Bronx, as the New York Yankees play host to the Tampa Bay Rays in the third entry of a Four-Game Series from Yankee Stadium. After narrowly missing out on the Playoffs last season, the young Rays (55-40, 2nd in AL East) have spent the first half of the campaign not coming of age, but emerging as a true contender in the American League. However, injuries … END_OF_DOCUMENT_TOKEN_TO_BE_REPLACED 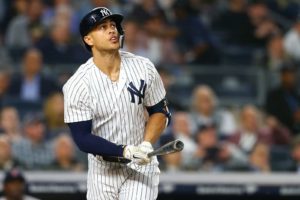 7:05 PM EST - Line: Yankees -150, Over/Under: 10 A clash of Division Leaders highlights the night in Baseball, as the Houston Astros travel to the city that never sleeps to face the New York Yankees, in the first entry of a Four-Game Series from Yankee Stadium in New York, New York. These teams met in a thrilling seven-game American League Championship Series two years ago, with the former narrowly edging the latter en route to advancing to … END_OF_DOCUMENT_TOKEN_TO_BE_REPLACED