You are here: Home / Archives for Nolan Carroll 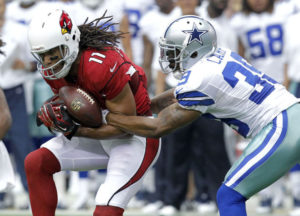 8:30 PM EST, ESPN - Line: Cowboys -3,  Over/Under: 47 A pair of teams that were expected to challenge for NFC Supremacy look instead to put disappointing starts behind them, as the Dallas Cowboys travel to Glendale, Arizona to face the Cardinals at University of Phoenix Stadium.  2016 was indeed a renaissance of sorts for the Cowboys (1-1, 1st in NFC East), who tied a Franchise Record with thirteen victories largely on the strength of two dynamic … END_OF_DOCUMENT_TOKEN_TO_BE_REPLACED