You are here: Home / Archives for Pierre Garcon 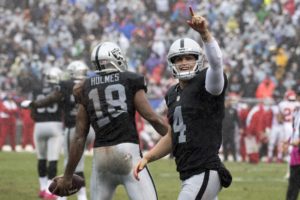 8:30 PM EST, NBC - Line: Raiders -3,  Over/Under: 54 Classic Franchises clash tonight in the Nation's Capital as the surging Oakland Raiders battle the Washington Redskins in a rare inter-conference meeting at FedEx Field in Landover, Maryland.  Through two games of the 2017 campaign, it's hard not come away impressed with the Raiders (2-0, 1st in AFC West), who have been deadly explosive on Offense, and remarkably improved on Defense.  Granted, … END_OF_DOCUMENT_TOKEN_TO_BE_REPLACED 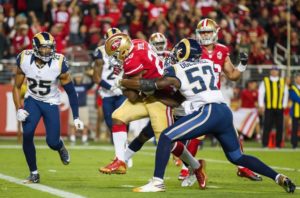 8:30 PM EST, NFL Network - Line: Rams -2.5,  Over/Under: 40 Mirror images face off in a key NFC West battle tonight, as the Los Angeles Rams travel to Levi's Stadium to face the San Francisco 49ers in Santa Clara, California.  After equally depressing campaigns, it's ironic that these franchises would choose nearly identical methods in rebuilding their struggling teams, for both have opted to hire young, bright offensive minds without the benefit … END_OF_DOCUMENT_TOKEN_TO_BE_REPLACED 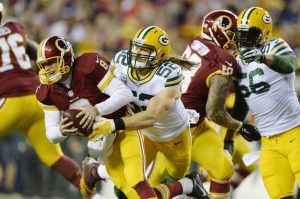 8:25 PM EST, NBC - Line: Redskins -3  Over/Under: 48.5 Classic NFC powers meet in the Nation's Capital tonight, as the Washington Redskins host the struggling Green Bay Packers at FedEx Field.  Of course, the Packers (4-5, 3rd in NFC North) have fond memories of this particular venue, for it was most recently the site of their last Playoff Victory, a 35-18 win over the Redskins in the 2015 NFC Wild Card Game.  Limping into the Postseason a year … END_OF_DOCUMENT_TOKEN_TO_BE_REPLACED 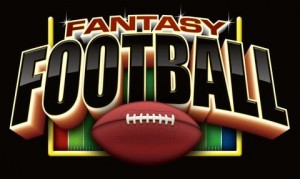 Welcome back to our weekly article, where we highlight fifteen players/units that you should definitely make a move on, or in some cases, avoid like the plague.  Due to the overwhelming volume of injuries thus far, there is no doubt that your roster may be in chaos.  But hey, fret not my friends, for The Oracle has got you covered with the MOST COMPREHENSIVE ANALYSIS IN THE BUSINESS!!! QUARTERBACKS START 'EM: Tom Brady, New England Patriots @ … END_OF_DOCUMENT_TOKEN_TO_BE_REPLACED 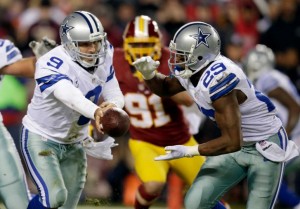 8:30 PM EST, ESPN - Line: Dallas -10 Bitter rivals face off at AT&T Stadium as the red-hot Dallas Cowboys host the stumbling Washington Redskins on Monday Night Football.  After a dismal 3-13 campaign that began with such high expectations yet ended with the dismissal of the majority of the Coaching Staff, the Redskins (2-5) once again entered this season with high hopes, but even with a new skipper it's just the same ol' story in the Nation's … END_OF_DOCUMENT_TOKEN_TO_BE_REPLACED