You are here: Home / Archives for Pittbsurgh Steelers 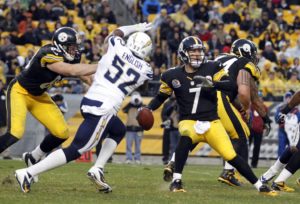 8:20 PM EST, NBC - Line: Steelers -3.5,  Over/Under: 52 A potential Playoff Preview is on tap tonight from Heinz Field, as the Pittsburgh Steelers look to bounce back against the Los Angeles Chargers in a matchup featuring a pair of veteran Quarterbacks aging like a fine wine.  After you get past the line of favorites to represent the AFC in Super Bowl LIII, you'll find the Chargers (8-3, 2nd in AFC West) lurking on the fringes, trailing the … END_OF_DOCUMENT_TOKEN_TO_BE_REPLACED 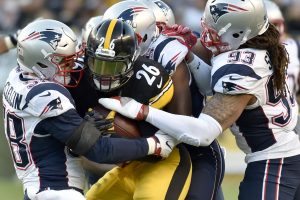 6:40 PM EST, CBS - Line: Patriots -6,  Over/Under: 51 AFC Bluebloods battle today at Gillette Stadium, as the New England Patriots host the Pittsburgh Steelers in the AFC Championship Game, their third meeting on this stage since 2001.  Between them, these teams have accounted for nine out of the last fifteen AFC Championships, while going on to win six Super Bowl Titles in that span, making this one of the more decorated matchups in recent … END_OF_DOCUMENT_TOKEN_TO_BE_REPLACED