You are here: Home / Archives for Raekwon McMillan 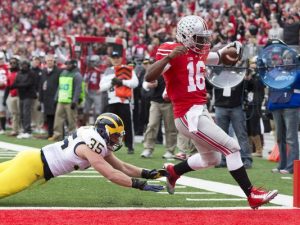 12:00 PM EST, ABC - Line: Ohio State -7,  Over/Under: 45 What better way to cap off a Thanksgiving Weekend, than with the most significant College Football Game of the Season, featuring what is widely acclaimed as the greatest rivalry in the sport?  And what if I told you that both teams were ranked in the Top-Four, with the outcome likely deciding the participants in the College Football Playoff?  That's right, folks, the third-ranked Michigan … END_OF_DOCUMENT_TOKEN_TO_BE_REPLACED