You are here: Home / Archives for Randy Wittman 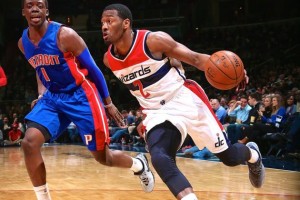 8:00 PM EST, ESPN - Line: Washington -1.5,  Over/Under: 208.5 A pair of teams jockeying for the eighth and final seed in the Eastern Conference clash tonight in the Nation's Capital as the Washington Wizards host the Detroit Pistons at the Verizon Center.  At the moment, Detroit (34-32, 3rd in Central Division) currently possess a slim grip on the last spot in the East, a full two games ahead of division rival Chicago.  Few teams helped … END_OF_DOCUMENT_TOKEN_TO_BE_REPLACED 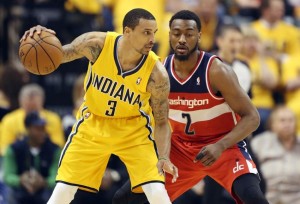 8:00 PM EST, TNT - Line: Indiana -7.0 On the eve of the final day of the Regular Season, plenty is left to be decided as teams continue to jockey for postseason positioning, which is precisely the case at Banker's Life Fieldhouse as the surging Indiana Pacers host the Washington Wizards.  After an offseason ravaged by defections and injuries, and a dreadful stretch in which they lost nine of eleven, many left the Pacers (37-43, 4th in Central) … END_OF_DOCUMENT_TOKEN_TO_BE_REPLACED 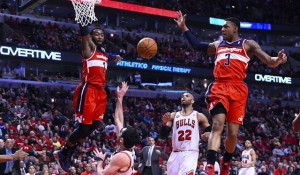 8:00 PM EST, ESPN - Line: Washington -1.5 Eastern Conference heavyweights clash in the Nation's Capital, as the Washington Wizards host the Chicago Bulls in a rematch of last year's playoff series.  When these teams met during the 2014 postseason, the young, upstart Wizards slew the more experienced Bulls in five games, pulling off what many in the league refer to as the five-game sweep.  However, that particular Chicago team looks like a distant … END_OF_DOCUMENT_TOKEN_TO_BE_REPLACED