You are here: Home / Archives for ray rice 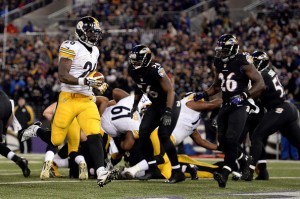 8:25 PM EST, CBS/NFL Network - Line: Baltimore -2.5 Lost in a swirling maelstrom of controversy regarding the NFl's policy on Domestic Violence and Ray Rice's subsequent termination, there is a football game being played tonight featuring bitter rivals the Pittsburgh Steelers and ironically the Baltimore Ravens.  It's hard to imagine any team in the league needing a victory, or just some positive press, more so than the Ravens (0-1) at this point, … END_OF_DOCUMENT_TOKEN_TO_BE_REPLACED