You are here: Home / Archives for Ryan Griffin 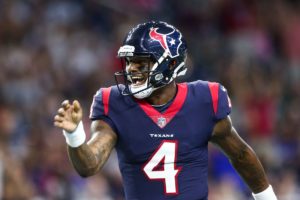 Our 2019 NFL Preview finally heads south, or namely the AFC South, where the Houston Texans look to build upon winning their third Division Title in four years. After a slow start to the 2018 campaign which saw them drop each of their first three games, Houston slowly turned into a juggernaut, stringing together nine consecutive victories en route to an 11-5 record. Sophomore Quarterback, Deshaun Watson, emerged as a bonafide playmaker after his … END_OF_DOCUMENT_TOKEN_TO_BE_REPLACED