You are here: Home / Archives for Sports Authority Field 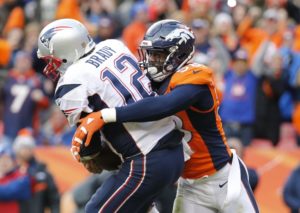 8:30 PM EST, NBC - Line: Patriots -7.5,  Over/Under: 45.5 What had become one of the NFL's premier rivalries in recent memory appears to be lacking some juice, as the struggling Denver Broncos play host to the New England Patriots in a meeting between a pair of teams traveling in very opposite directions.  After a surprising 2-2 start to the season, the Patriots (6-2, 1st in AFC East) have (unsurprisingly) rounded into shape, winning four … END_OF_DOCUMENT_TOKEN_TO_BE_REPLACED