You are here: Home / Archives for Super Bowl XLIX 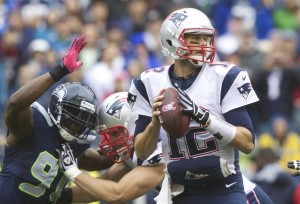 6:30 PM EST, CBS - Line: Pick 'em After five months of action, the 2014 Season reaches it's climax as the New England Patriots battle the defending champion Seattle Seahawks in Super Bowl XLIX, at University of Phoenix Stadium in Phoenix, Arizona.  There are any number of palpable storylines to touch upon in this matchup, from the increasingly ridiculous "Deflategate" to a new potential dynasty, but instead we'll simply choose to cover the game … END_OF_DOCUMENT_TOKEN_TO_BE_REPLACED