You are here: Home / Archives for Thad Matta 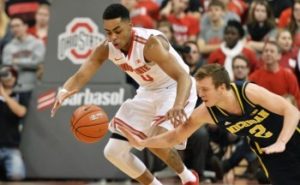 1:00 PM EST, CBS - Line: Ohio State -8 Immortal rivals clash in Ann Arbor in a matchup between two teams trending in very different directions, as the flailing Michigan Wolverines host the twenty-fourth-ranked Ohio State Buckeyes at the Crisler Center.  Despite carrying the distinction of being the Preseason twenty-fourth-ranked team in the country and ascending as high as seventeenth in the AP Poll, the Wolverines (13-13, 6-8 in Big Ten) have … END_OF_DOCUMENT_TOKEN_TO_BE_REPLACED