You are here: Home / Archives for Tim Tebow 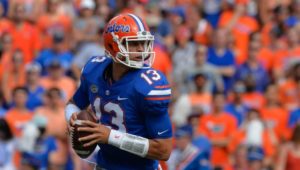 3:30 PM EST, CBS - Line: LSU -2,  Over/Under: 43.5 Traditional Southeastern Conference Powers collide this weekend as the Fifth-Ranked LSU Tigers battle the Twenty-Second-Ranked Florida Gators from Ben Hill Griffin Stadium in Gainesville, Florida.  You would find few teams that have improved as much throughout the first half of the season as LSU (5-0, 2-0 in SEC), who have ascended from Preseason No. 25 all the way to No. 5 on the strength of … END_OF_DOCUMENT_TOKEN_TO_BE_REPLACED