You are here: Home / Archives for Trey Burke 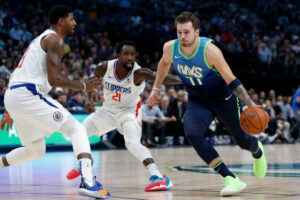 9:00 PM EST, TNT - Line: Clippers -4.5, Over/Under: 231.5 If there is one takeaway from the first week of the NBA's Playoffs, it's that the Bubble's unique environment has really created a sense of parity, particularly in matchups in which the divide would traditionally be much greater, which is where we find the Second-Seeded Los Angeles Clippers and the Seventh-Seeded Dallas Mavericks in Game Three of their First Round Series from ESPN Wide … END_OF_DOCUMENT_TOKEN_TO_BE_REPLACED