You are here: Home / Archives for Tristan Thompson 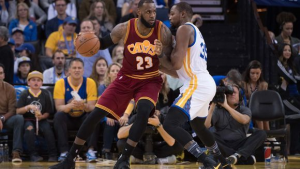 9:00 PM EST, ABC - Line: Warriors -7,  Over/Under: 226 Finally, it's all come to this.  For the first time in NBA History, the same two teams will compete in the NBA Finals three consecutive years in a row, as the Cleveland Cavaliers travel to ORACLE Arena to defend their Championship against the Golden State Warriors.  After falling in six games to the Dubs in the 2015 Finals, the Cavaliers (51-31, 2nd in Eastern Conference) shocked the world … END_OF_DOCUMENT_TOKEN_TO_BE_REPLACED 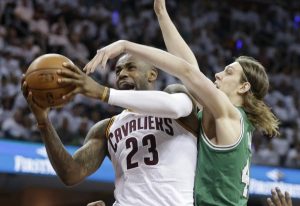 8300 PM EST, TNT - Line: Cavaliers -14.5,  Over/Under: 216 Do we actually have a Series now, or has the inevitable simply been prolonged?  That is the question as the Boston Celtics look to square things away with the Cleveland Cavaliers in Game Four of the Eastern Conference Finals from Quicken Loans Arena, after shocking the world Sunday Night.  Simply put, this is not how this Series was supposed to play out; the top-seeded Celtics (53-29, 1st … END_OF_DOCUMENT_TOKEN_TO_BE_REPLACED 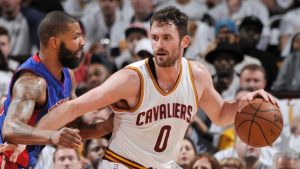 8:30 PM EST, TNT - Line: Cleveland -7,  Over/Under: 198In a series that many initially thought could have been one of the more tightly contested of this year's First Round matchups, the Cleveland Cavaliers and Detroit Pistons has instead been true to form as the former is on the precipice of eliminating the latter tonight at the Palace of Auburn Hills.  With that said, even though this particular series has been one-sided, it's been nothing short of … END_OF_DOCUMENT_TOKEN_TO_BE_REPLACED 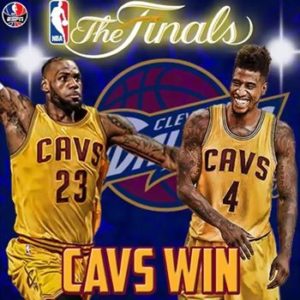 Lebron led the way once again for the Cavs and has his teammates playing at higher levels. The 40 points he scored in Tuesday's 96-91 victory brought his three-game total to 123 points. That's the highest figure ever through three games in the Finals; he moved past Rick Barry (122), Jerry West (118), Michael Jordan (117) and Shaquille O'Neal (116). LeBron once again worked his way toward a standout box score line. He sat just two minutes in the win, … END_OF_DOCUMENT_TOKEN_TO_BE_REPLACED