You are here: Home / Archives for Ugo Amadi 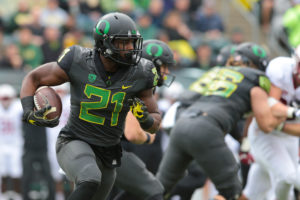 3:30 PM EST, ABC - Line: Oregon -7.5,  Over/Under: 60 Now that the final rankings are in the rearview mirror, and the College Football Playoff is set, the fun of the Bowl Season begins as the Twenty-Fifth-Ranked Boise State Broncos square off with the Oregon Ducks in the Las Vegas Bowl from Sam Boyd Field.  One of the more consistently competitive Non-Power Five Programs, Boise State (10-3, 8-1 in MWC) managed to shake off a disappointing 2-2 … END_OF_DOCUMENT_TOKEN_TO_BE_REPLACED