You are here: Home / Archives for Van Edwards 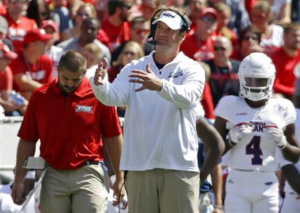 7:00 PM EST, ESPN - Line: Florida Atlantic -22,  Over/Under: 64.5 It's a second generation bowl of sorts, as two Head Coaches who are also the sons of legendary figures in the game's history square off as the Florida Atlantic Owls battle the Akron Zips in the Cheribundi Tart Cherry Boca Raton Bowl, in what is basically a home game for the former at FAU Stadium in Boca Raton, Florida.  Coached by Terry Bowden, the son of Hall of Famer Bobby, who … END_OF_DOCUMENT_TOKEN_TO_BE_REPLACED