You are here: Home / Archives for Washington D.C. 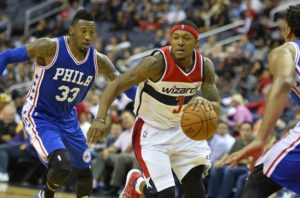 8:00 PM EST, ESPN - Line: Wizards -1.5,  Over/Under: 211.5 A pair of teams looking to shatter the monopoly in the Eastern Conference face off tonight in the Nation's Capital, as the Washington Wizards play host to the Philadelphia 76ers from Capital One Arena in Washington, D.C.  Don't look now, folks, but the 76ers (32-25, 7th in Eastern Conference) are making a charge up the standings in the East, winning a season-high seven consecutive games.  … END_OF_DOCUMENT_TOKEN_TO_BE_REPLACED