You are here: Home / Archives for Washington State Cougars 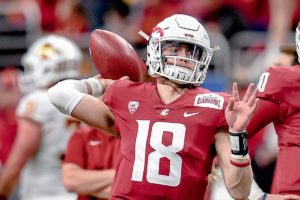 9:15 PM EST, ESPN - Line: Washington State -8.5, Over/Under: Upstart programs meet tonight in Southern Texas as the No. 20 Washington State Cougars face the Houston Cougars, from NRG Stadium in Houston, Texas. Indeed, despite being separated by thousands of miles of land, these programs share much in common; both are named after the same breed of savage feline, sporting respective shades of red, while prescribing to a wide-open air-raid brand … END_OF_DOCUMENT_TOKEN_TO_BE_REPLACED 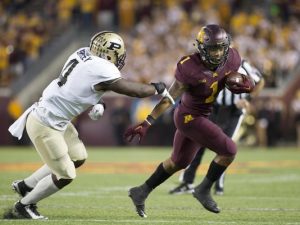 7:00 Pm EST, ESPN - Line: Washington State -11,  Over/Under: 61 A pair of teams looking to create some momentum heading into 2017 meet tonight at Qualcomm Stadium in San Diego, as the Minnesota Golden Gophers and Washington State Cougars face off in the National Funding Holiday Bowl.  Tonight's game couldn't come at a better time for Minnesota (8-4, 5-4 in Big Ten), who after a two-day boycott from many of their players in regards to the … END_OF_DOCUMENT_TOKEN_TO_BE_REPLACED 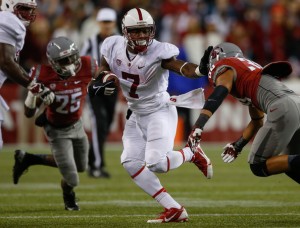 9:00 PM EST, ESPN - Line: Stanford -16.5 A pair of teams looking to pick themselves up off the canvas face off tonight in Paolo Alto, as the 25th-ranked Stanford Cardinal host the Washington State Cougars on Friday Night Football.  After an 0-2 start, the Cougars (2-4, 1-2 in Pac 12) have alternated wins and losses, but cannot be understated that Mike Leach has this program as competitive as it's been in years.  Say what you want about these kids … END_OF_DOCUMENT_TOKEN_TO_BE_REPLACED