You are here: Home / Archives for Yordano Ventrua 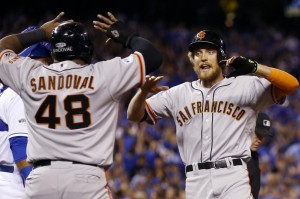 8:07 PM EST, FOX - Line: Kansas City -140 After a Monday to travel, the 2014 World Series shifts back to Kauffman Stadium in Kansas City as the Royals attempt to stave off elimination at the hands of the San Francisco Giants, who in turn are on the cusp of their third World Series Championship in five years. In a series that has featured a bevy of twists and turns, the Giants (88-74) can point to Game Four's furious rally as the turning point in … END_OF_DOCUMENT_TOKEN_TO_BE_REPLACED 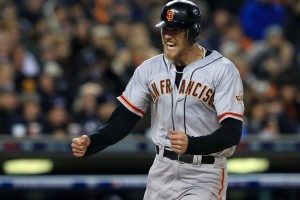 8:07 PM EST, FOX - Line: Kansas City -111 Heading into Game One of the 2014 World Series, the major difference between it's two participants was experience, as the San Francisco Giants had advanced to their third World Series in five years, while the Kansas City Royals are simply enjoying thirst voyage into the postseason since 1985.  So after on meeting in this best-of-seven series the early edge must go to experience, as the Giants stormed into a … END_OF_DOCUMENT_TOKEN_TO_BE_REPLACED